Care for Our Common Home

Care for Creation – A moral issue 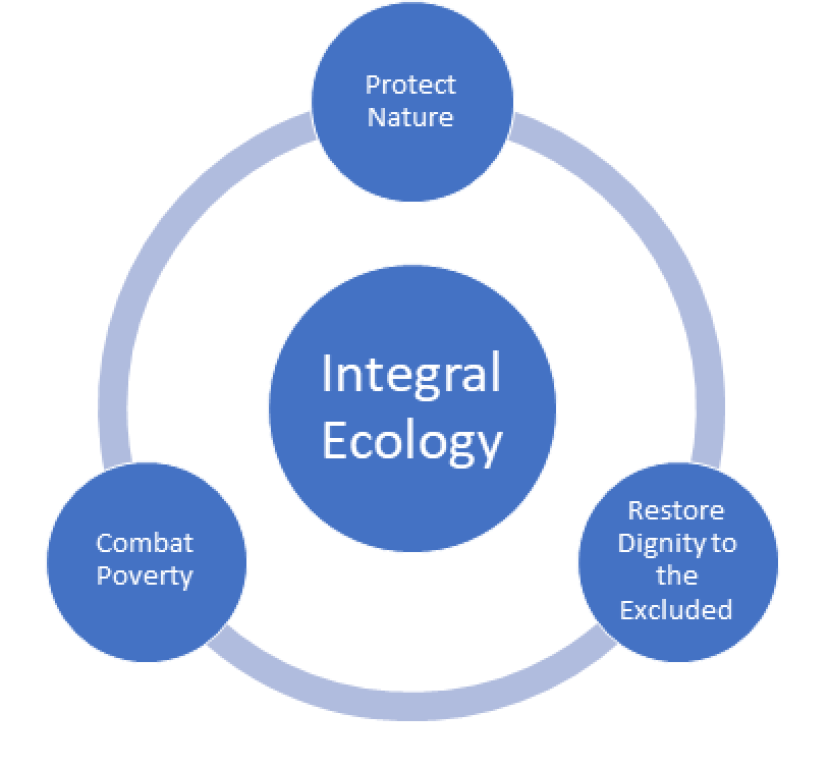 You visit the earth and water it, make it abundantly fertile.  God’s stream[f] is filled with water; you supply their grain.  Thus do you prepare it:

you drench its plowed furrows, and level its ridges.  With showers you keep it soft, blessing its young sprouts.

You adorn the year with your bounty; your paths[g] drip with fruitful rain.

The meadows of the wilderness also drip; the hills are robed with joy.

The pastures are clothed with flocks, the valleys blanketed with grain; they cheer and sing for joy.

September is the Season of Creation.  It centers around prayer and action to protect our Common Home.  And 2020 is a special one.  It marks the fifth anniversary of Pope Francis’ Laudato Si’ and the fiftieth anniversary of Earth Day.  Join us for our month-long journey!

To celebrate, we are hosting several events during the month.  There will be homilies tailored for the Season, passages in the Bulletin, and several discussions on the subject.

Our first event is a Solidarity with Creation Prayer Service on September 1 at 7 pm on Zoom.

It concludes on the October 4, the Feast of St Francis of Assisi, patron saint of ecology and namesake of Pope Francis.  There will be a closing discussion and Deacon Jim Bozik will do a Blessing of the Animals.

William Critchley-Menor, S.J. “‘Laudato Si’’ calls us to ecological conversion. What does that look like?” America Magazine (7 min read)

NEXT:  See Week 2 of our Blog posts