The Kennedy Lecture is an annual event that is the gift of Thomas and Richard Kennedy, in memory of their parents, Keith and Joan Kennedy. This series aims to challenge us and to stimulate thinking by engaging prominent persons in the field of religion and ethics.

View the Video of Fr. Thomas Massaro's lecture at this link. 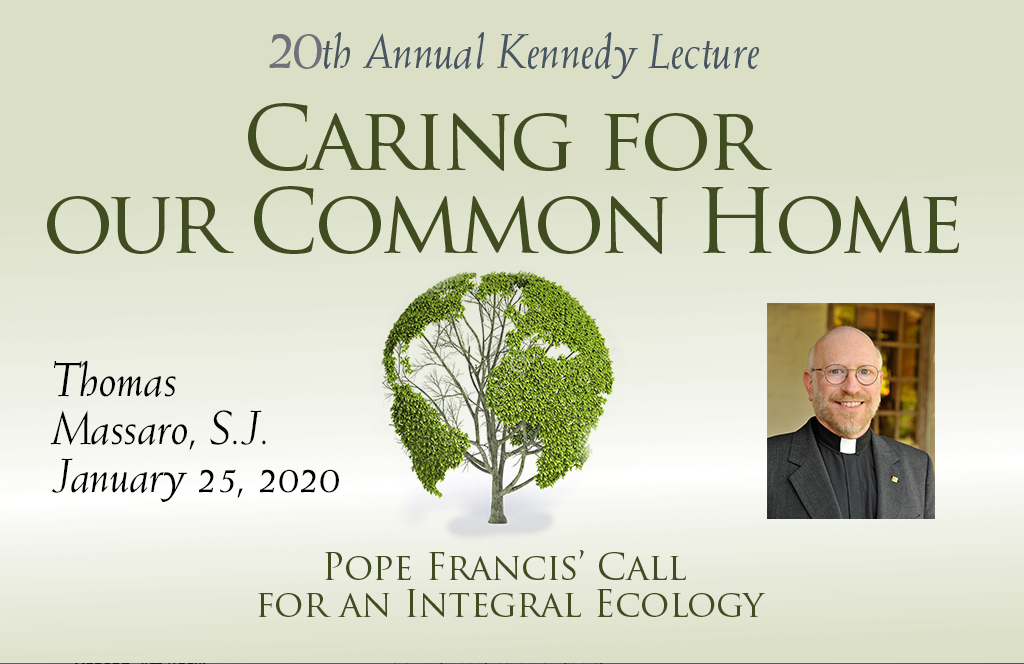 Father Massaro holds a doctorate in Christian social ethics from Emory University. His nine books and over one hundred published articles are devoted to Catholic social teaching and its recommendations for public policies oriented to social justice, peace, worker rights and poverty alleviation. A former columnist for America magazine, he writes and lectures frequently on such topics as the ethics of globalization, peacemaking, environmental concern, the role of conscience in religious participation in public life, and developing a spirituality of justice. His most recent book analyzes the social teachings of Pope Francis.

Besides teaching courses on many aspects of Catholic social teaching and the role of religion in public life, he seeks to maintain a commitment to hands-on social activism. He served a six-year term on the Peace Commission of the City of Cambridge and is a co-founder and national steering committee member of Catholic Scholars for Worker Justice. He enjoys speaking to popular as well as professional audiences on many topics regarding faith-based social justice advocacy.